Written by our friends at Asians Communities for Reproductive Justice… 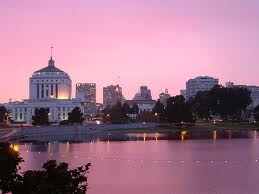 I live in the Fruitvale, a mostly Latin@ neighborhood in Oakland. I love this city and fall in love with it every morning as I ride my bike down Foothill Boulevard toward downtown. I ride through mothers walking their children to school, day laborers waiting for gigs, the smell of tamales and carne asada, neighbors waiting for “the 40” (the bus) and commuters fighting each other to move their cars ahead in traffic. This morning as I was pedaling fast to make the light at the intersection of Fruitvale and Foothill, I nearly lost my grip of my handlebars as I noticed a billboard at this busy intersection. It said “Black and beautiful” in big white letters with an image of a darling newborn child. Underneath it read “toomanyaborted.com.” I had to slow down and crank my neck to really see if it was true.

It was true. The anti-abortion billboards had come to Oakland.

I had heard about this grotesque attack on women of color and our families from our allies at SisterSong and Black Women for Wellness. I just couldn’t believe they had decided to post the billboards here, in Oakland of all places. This is our city, a place full of local pride, a hotbed of cultural festivals like the Malcolm X Jazz festival and community activism from climate justice to youth organizing, and a city with its own Gay Pride celebration. We even have a long-time congressperson who is staunchly anti-war and pro-choice, Representative Barbara Lee.

Why here? It just does not seem like our city would give this a warm welcoming.

But then it made me think about the seemingly fragile state of pro-choice issues… attacks on Planned Parenthood at the federal level and through many states which have led to the loss of funding and critical services. The billboards have felt like part of an all out assault on access to reproductive health—this attack is being waged through health care reform (making it very difficult for insurers to cover abortion); through hidden camera stings on Planned Parenthood, through measures in many states criminalizing abortion, or defunding providers. The billboards have often come on the front end of these attacks, placing a wedge in communities of color.

I believe every woman (young and old) has the right to decide when she wants to be a mother. Only when women are able to make the best decision for themselves and their families, are we able to have families and communities that thrive.

As the mother of a soon to be 1-year old, my heart opens to the photo of the newborn. Yes. I believe life is precious. And I support every effort to provide prenatal care, affordable childcare, quality education, living wage jobs, clean air, and everything else our communities need to thrive.

Share your thoughts on our Facebook page, and stay tuned to the page and our blog for action steps.  We look forward to working with our fabulous allies in Oakland and around the state to push back and stand strong.

For a background on the billboards, including who is funding them, where else they have been, and how reproductive justice groups around the country have organized against them, please see this collection of articles at RH Reality Check.

Posted in News
Scroll To Top